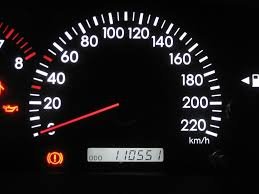 As people know as diesel cars are known to offer a really high mileage, it doesn’t always make sense to buy them. Buying a petrol model over its diesel version has its own advantages. Anyone whose monthly running is lower than, say, 2,000 kms should prefer a petrol-powered car over its diesel-sipping variant. Also, the gap between the fuel efficiency offered by petrol and diesel engines is fast reducing. On top of it, petrol cars are cheaper to buy and maintain than their diesel versions. Here is a list of 5 best mileage petrol cars that are on sale in India.

The Datsun RediGo has such a low mileage that it can even put to shame some of the diesel cars on sale today. With an ARAI-tested fuel efficiency of 25.17 kmpl, the RediGo is the best mileage petrol car you can buy in India. It is powered by a 799cc, three-cylinder engine that offers a maximum power of 54 PS along with a peak torque of 72 Nm. The motor comes mated to a 5-speed manual transmission. The RediGo also offers segment-leading cabin space and ground clearance, which makes it a tad more practical than almost all its rivals.

The Kwid shares its engines and its platform with the RediGo. No wonder then that it offers exactly the same mileage as its Datsun-badged cousin. Even the Renault Kwid 800 has an ARAI-certified fuel efficiency of 25.17 kmpl. Here, again, the engine comes mated to a five-speed manual transmission. It offers a maximum power of 54 PS and a peak torque of 72 Nm. The Kwid is famous for its Duster-like looks and a really large boot.

The next car on our list of best mileage petrol cars is one of the highest selling cars in the country. The Maruti Alto 800 sells in high numbers every month owing to its affordability, easy maintenance, peppy engine, and a high fuel efficiency. The Alto 800 offers an ARAI-certified fuel mileage of 24.70 kmph, which is only a shade below what the Kwid and the RediGo offer. Powering the Maruti Suzuki Alto 800 is a 796cc petrol motor that produces a max. power of 49 PS and a peak torque of 69 Nm. It comes mated to a 5-speed manual transmission.

The fourth car on our list of best mileage petrol cars in India is also an Alto. This time, it’s the K10 variant, which has a fuel efficiency of 24.07 kmpl. This 1.0-litre, three-cylinder engine outputs a max. power of 69 PS and a peak torque of 90 Nm. It’s available with two transmission choices – 5-speed manual and 5-speed AMT. No matter what transmission you choose, the car offers the same mileage.

Even the Kwid AMT manages to make it to our list of most fuel efficient petrol cars in India. The Kwid’s 1.0-litre engine offers a maximum power of 69 PS and a peak torque of 91 Nm. It’s available with both 5-speed manual and AMT options. Out of these, the AMT version is more fuel effieicnt and offers a mileage of 24.04 kmpl. The manual variant offers a lower mileage of 23.01 kmpl.

The next car on our list of best mileage petrol cars in India is the Maruti Swift, which has an ARAI-rated mileage of 22 kmpl. Other than the high mileage, the Swift is even quite funky and offers a strong performance. The Swift is also quite affordable, both in new and used car markets, and is fairly easy to maintain.

The third-gen Maruti WagonR, which went on sale earlier this year, shares its Heartect platform with the Swift, Baleno, Ignis and new-gen Ertiga. The highly practical tallboy hatchback is on sale with 1.0 and 1.2 petrol engine options and even gets an optional AMT.

The next car in our list is the Maruti S-Presso, which has an ARAI-rated mileage of 21.59 kmpl. It is the latest offering from the top-selling carmaker and comes with mini-SUV looks, a peppy yet frugal petrol engine and a ground clearance of 180 mm to help it take on models like the Renault Kwid and Datsun redi-GO.

Maruti Celerio is a practical hatchback that looks less boxy than the Wagon R and offers a more premium experience by offering a better quality cabin. The Celerio is available with a 1.2-litre petrol engine and can even purchased with an AMT. It has an ARAI-rated mileage of 21 kmpl and finds itself on the second-last spot of our list of best mileage petrol cars in INdia.

The latest generation of the Hyundai Grand i10 comes with a 1.2-litre petrol engine that delivers a mileage of 20.7 kmpl. The Nios offers a practical cabin, some great features and has been available with an optional AMT. The Grand i10 has been the second-most popular car in the segment, after the Maruti Swift.

So, this was our list of best mileage petrol cars in India. Which one of these fuel-efficient cars do you like the most?

For more information visit my site to click here.